The Hadron: a special artwork as a gift to the Embassy of the Free Mind

The stone discs he had fashioned, which are treated on both sides, he named Monads.
He said that they are Signs.

The Monads can certainly be interpreted as Signs.
What comes to my mind are characters - the cipher of a language.
They should be interpreted literally, not symbolically.

The Monads convey a literal reference;
they show what happens when matter - natural stone from the earth - is touched by light.

The light captured in the lines plays a continuous game of light and shadow, as if it were the articulation of a natural language. The Monads undergo the alternation, but their identity lies enclosed within their Name.

Martin conceived the idea of creating these discs quite late in life.

He needed a long preamble, caused in part by the fact that he rejected the figurative (he did not wish to create a representation of perceptible reality), but he did not favour pure abstraction either. He was certain of what he did not want. He did not want to tread in the footsteps of someone else; he wanted to leave his own.

He had never wanted to become a sculptor either. His whole life constituted a chain of chance events. When he was young, he had wanted to become a concert pianist. In this light, the sculptures do become more accessible: the elusiveness of the light and his preference for the line.

Our story begins when he was around thirty-three of age, and the Municipality of Amsterdam offered him a warehouse on the Raamgracht.
There, he began welding, and he enjoyed the smell of melting iron and of steel.

The turn to stone came about very unexpectedly, when in the streets he discovered a stone from a doorstep that had come loose, which he threw over his shoulder and took to his atelier.

After this point, he explored everything he encountered around the supply yard in order to acquaint himself with stone.
He fashioned block-shaped Monoliths and focused on a refined contour.
He strived to find a balance between the plane and the line. However, he preferred the straight line.
The straight line exists by the grace of the flat surface.

Given the flat appearance, he searched for a type of stone with a particular characteristic.
He had a square plate made from this stone, which was delivered to the atelier.
With a chisel, he cut the running surface of a circle from the plate, because the disc he envisioned had to be able to roll over on its side.
When the disc was freed from the square, he could start carving out the lines.
The lines he desired had to rise above the surface to capture light and shadow and bind it to the perpendicular line in the stone.

In art, what matters is form and substance.
How could light and shadow form the substance of the line cut out of the plane?

Martin sought to bind a metaphysical substance to a physical form.
He was a Searcher.

As a child, he had experienced that reality as it presents itself to us harbours a mystery within. He experienced an undercurrent, and as young as he was, he strained himself and peered to uncover the source behind the facade.

To be able to make them, though, he first had to learn to flawlessly treat the stone, and come to comprehend the function of the erected perpendicular line, of the closed contour and of the line transcending the surface.

As soon as he could handle the process, the Monads were presented to him in vision.
They emerged before his mind's eye as an interplay of lines which begged to be realised - a simple figuration accompanied by a Name.

The Monads reflect the essence of man as a microcosm which carries in itself the image of the macrocosm. He figured the front side of the disc as the reflection of a mystery that is concealed behind the appearance.

Martin devoted his entire life to the search for answers.
Where am I? - What am I? - Who am I?

In the Public Library, he read virtually everything he could get his hands on. But once he had found something of value, he would not let go. He ended up reading and rereading a handful of books. Within hand's reach next to him on the table lay Spinoza's Ethics, which he continued reading until his death. In the Ethics he met a man he considered to be his friend, someone he wished to get to know more and more thoroughly, in order to let this man lead him into the immeasurable space of the human spirit.

In the Golden Age he could have encountered Spinoza on the streets of Amsterdam.
He realised that he too - three hundred years later - had the City of Amsterdam to thank for his identity as an artist. Civil servants of the City Council had granted him the warehouse at that time, and it was in this warehouse that he had found and seized the confidence and freedom to develop himself.

Martin Klaaszen was my counterpart and my husband.
The Monads form his life's work, they sublimate the contradistinctions and transcend the figuration of Fate.

Towards the end of his life, he started describing the inner process from within which he had created them. He understood the Monads to be Guides for the human searching. For this was how they had come into being - as the witnesses raised from within himself alongside the steps of the path that had elevated him. And to the spiritual intelligence which had motivated and moved him in this direction, he had given the name Zeno.

At times he also talked about the Ritman Library.
His realisation grew that while the search is an individual one, there are many searchers - and that these searchers have been there from the dawn of self-consciousness of mankind. The Bibliotheca Philosophica Hermetica Collection harbours their legacy as the glowing evidence of this.

He saw the Light that the BPH Collection radiates in the Light of the Hadron he had created.

The Zenometric Monads Foundation was founded after Martin's passing for the purpose of conserving the legacy of the visual artist Zeno of Amsterdam (1935 - 2011) and passing on the Light of the Monads as a Sign for the Searcher towards places of knowledge and wisdom.

The fact that the Embassy of the Free Mind has accepted the gift of the Hadron fills us with gratitude, pride and joy. 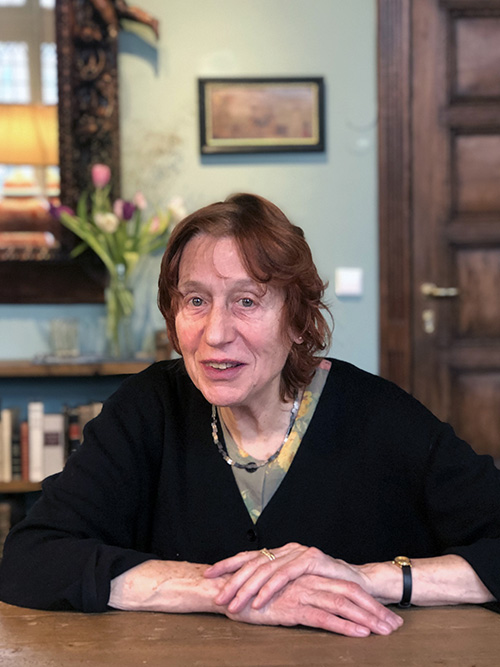