The Embassy of the Free Mind, a museum based on the Ritman Library of mystical and magical books, wants to make the inner world of the alchemists more accessible by opening a ‘hands on’ alchemy laboratory. 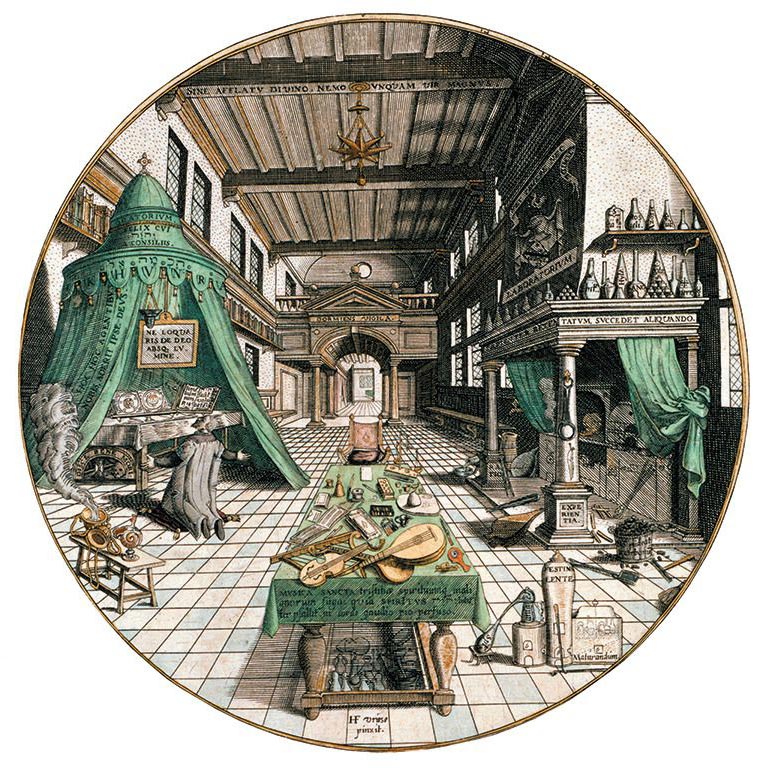 Three years after it opened, the Amsterdam Museum called the Embassy of the Free Mind, a knowledge centre focusing on historical, mystical, religious and heretical books, is expanding its range of activities. The museum, which was opened by bestseller author Dan Brown in 2017, hopes to widen its reach thanks to three new developments, says museum director Esther Ritman.

To start with, a new ‘hands on’ period alchemy laboratory will open next year in the 17th-century museum building known as The House with the Heads on Keizersgracht 123. Visitors will be allowed to conduct their own experiments, as did the alchemists of the past who were looking to unravel the natural world’s mysteries and find hidden wisdom through experimentation. They tried to attain the Philosophers’ Stone, which they believed would enable them to create gold. „We have many historical books on alchemy in our library”, says Ritman. „An alchemy lab like this provides easy access to the inner world of the alchemists, who were the predecessors of today’s scientists.” Isaac Newton, who was the first to describe gravity, was such an alchemical freethinker.

The alchemy lab is being developed by historian Peter Forshaw, head of the museum’s research institute, lecturer and an expert in the field of alchemy and occult movements. The inspiration for the design of the laboratory comes from an illustration by 16th-century artist Hans Vredeman de Vries in the Amphitheatre of Eternal Wisdom of 1595.

The second new development for the Embassy of the Free Mind is the return to Amsterdam of a part of the original Bibliotheca Philosophica Hermetica collection. The library, which contains more than 30,000 printed books and manuscripts on religion, philosophy, mysticism and Hermetica which businessman Joost Ritman first started collecting in 1960, is at the heart of the museum. In 2010 a part of this library, some 4,500 books which had previously been acquired by the Dutch State as cultural heritage, were moved from Ritman’s Amsterdam-based library to the Royal Library in The Hague.

It made it difficult for scholars to access the collection. At the beginning of November 2020, this ‘state-owned part’ of Ritman’s collection returned to Amsterdam, to the Special Collections department of the University of Amsterdam. Embassy of the Free Mind Museum board member Pim Levelt: „We are thrilled that the books are now back in Amsterdam, and that the present Culture minister has seen fit to reverse the decision of former undersecretary Halbe Zijlstra. It makes it easier again for scholars to access the collection. It would of course have been even better if the two halves were reunited, but we will be collaborating with the University of Amsterdam to catalogue the books and make them digitally accessible.”

Digital access to the books is important for both research and public reach, says Esther Ritman. The museum attracts a relatively young audience: a third of the 20,000 visitors and 80,000 online followers is under the age of 35. „We try to stimulate interest in the content of our books through the digitised images. And it resonates, as many young people are curious to learn about earlier views on the coherence of everything, and how to relate to this on a personal level. It’s what a lot of our books are all about.”

The inspiration for the design of the laboratory comes from an illustration by 16th-century artist Hans Vredeman de Vries in the Amphitheatre of Eternal Wisdom of 1595. 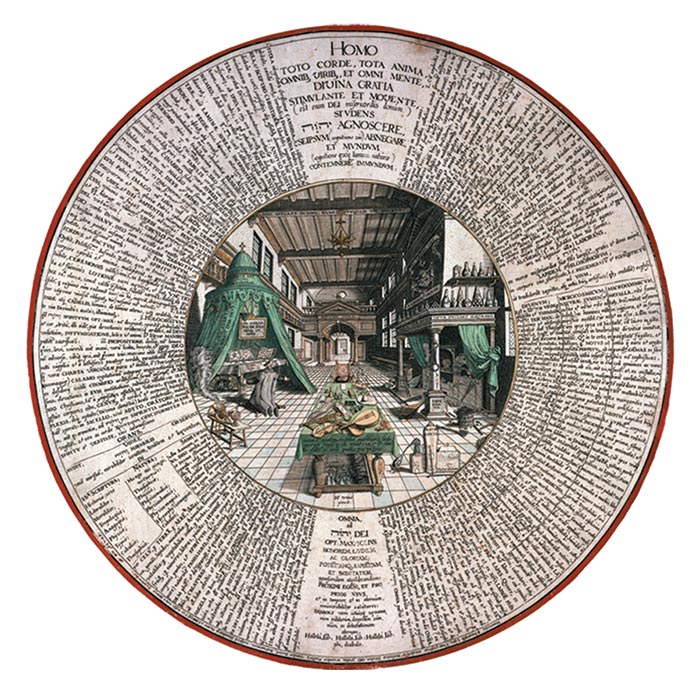 The museum also wishes to contribute to ‘redefining what the free word, the free mind involves’, in the context of the 750th anniversary of the city of Amsterdam in 2025. Ritman: „As part of our project ‘Amsterdam, Who are you?’, we will invite people from the city’s 180 nationalities to recite their folk stories and perform their music. Our museum focuses on the history of people who seek universal wisdom, across the various religions. The free word is not necessarily atheistic.”

In addition, the museum wishes to expand its role as a meeting place for free minds in the fields of science and scholarship, such as young talents from various disciplines. Also for members of the business community looking for a new civic – and sustainable – role to play, says board member Ignaz Anderson. It fits in with the Renaissance tradition of the mercator sapiens, the wise merchant, who invests in art and sciences, the tradition that inspired businessman Joost Ritman to found the library and the museum.