The famous Ritman Library turned into a museum of hermetic wisdom

The famous Ritman Library turned into a museum of hermetic wisdom - museeum.com - 16.04.18

Fairy tales are essential for people to survive. Our comprehension of things not only depends on our experience of reality, but also on our imagination. People need to actively dream and imagine. We’ve recently discovered that the Ritman Library in Amsterdam has rebranded itself as the Embassy of the Free Mind, a museum of Hermetic wisdom that exhibits books with curious, enlightening texts and the most mysterious illustrations of religious theories and myths – fairy tales for contemporary minds.

Founded by Joost Ritman 60 years ago, the library has been famous for almost half a century. A unique, thematic collection consisting of 25 thousand books on Hermeticism, alchemy, astrology, and Kabbalah. The selection of works includes rare writings by renowned philosophers, whose ideas were often rejected during their time. Supporting this tradition of freethinking was the initial mission of the library. 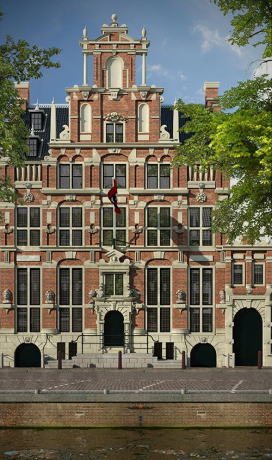 One year ago, the collection was donated to the World Heart Foundation and is now hosted in Huis met de Hoofden (the House with the Heads) a grand, spacious house on Keizersgracht (the Emperor’s canal) in Amsterdam dating from 1622. The building has the same DNA as the museum collection. Its facade is crowned with 6 heads of ancient gods. Mercury, a god of trade, on the left side and Minerva, a goddess of wisdom, on the right represent the idea of Mercator sapiens, a wise merchant. This décor was added by the second owner of the house, Louis de Geer, who together with his son Laurence were successful not only as entrepreneurs, but also as patrons to philosophers and artists who came to Amsterdam seeking freedom of speech. Back in the 17th century, the family had quite a rich library, with works of Jakob Boehme, Robert Fludd, Hermes Trismegistus, Jan Amos Comenius – all heroes of the Embassy. In a sense, by bringing the collection to Huis met de Hoofden, the library organizers have brought the books back home. 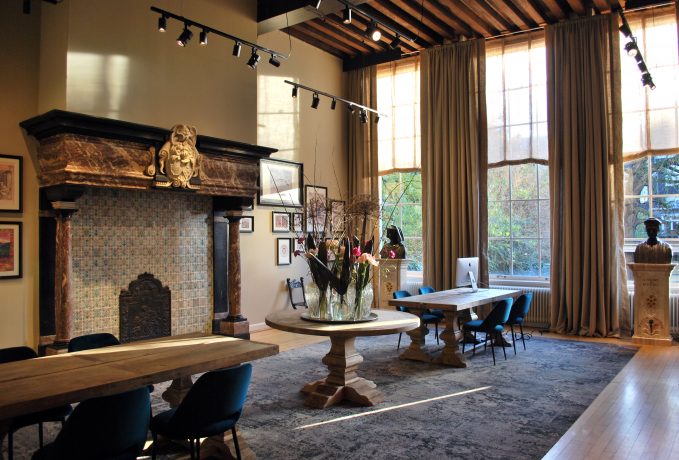 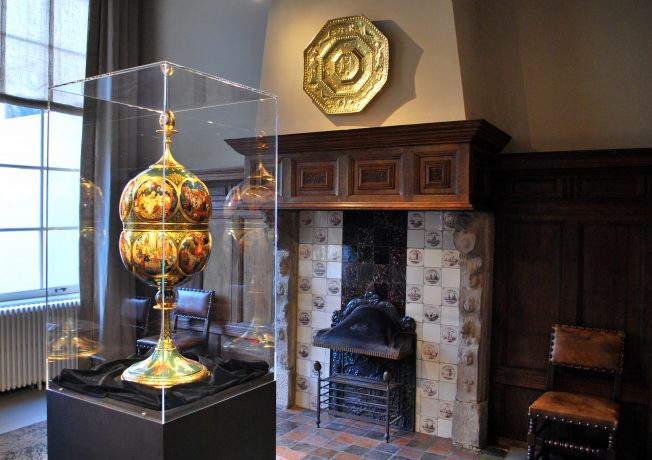 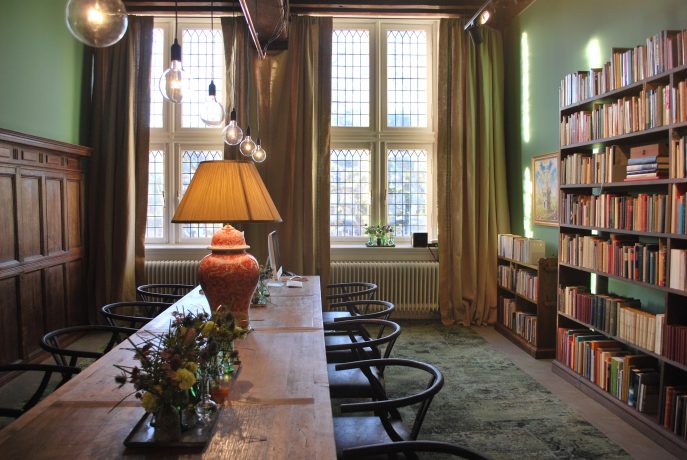 The donation of the building to the foundation was a key point in the formation of the platform with the goal of spreading knowledge of Hermetic philosophy. To bring the story of the library even closer to people, the museum collection now includes 200 printed images from the books hanging on the walls around the building. Those pictures visualize key theories and heroes from the library’s manuscripts. As in any museum, the embassy offers a written guide that details the origin of each image. For the most curious, the museum also offers an hour-long tour given by the director or curators. 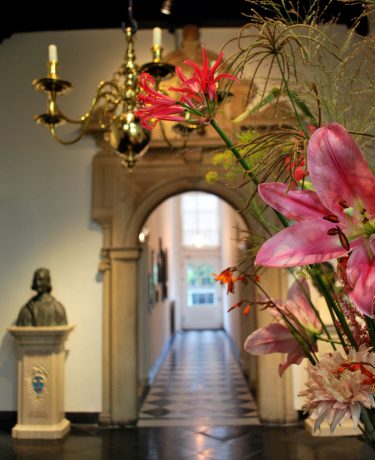 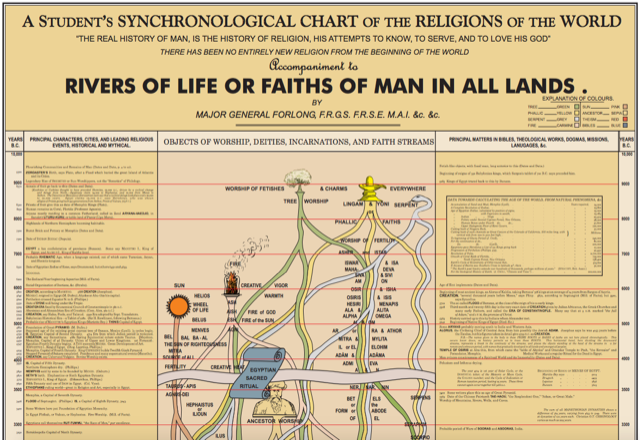 The entrance to the museum welcomes visitors with a printed copy of The Rivers of Life, a huge printed chart visualizing the twelve-thousand year history of religion. The museum specializes only in the last 2000 years and it is impressive to see how small this period of time really is. The chart starts back in the 10000 BC with the tradition of worship and natural religion. The artist represents the evolution of faith and religion as a river with one source that only later in time becomes fragmented. It is a rather beautiful and connecting experience to see where we all come from. 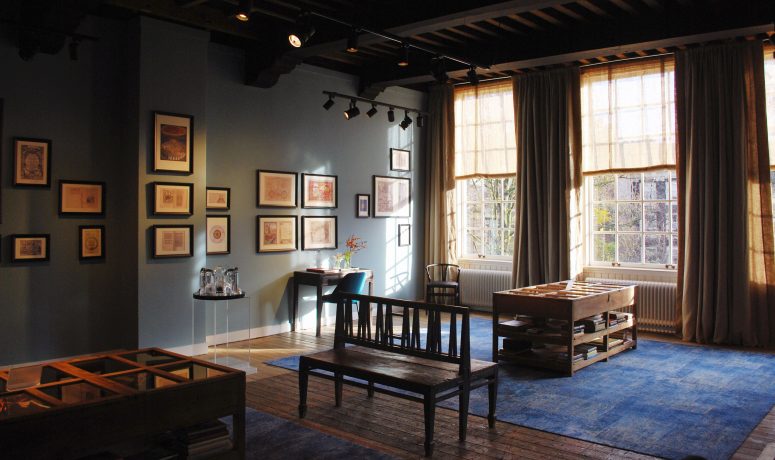 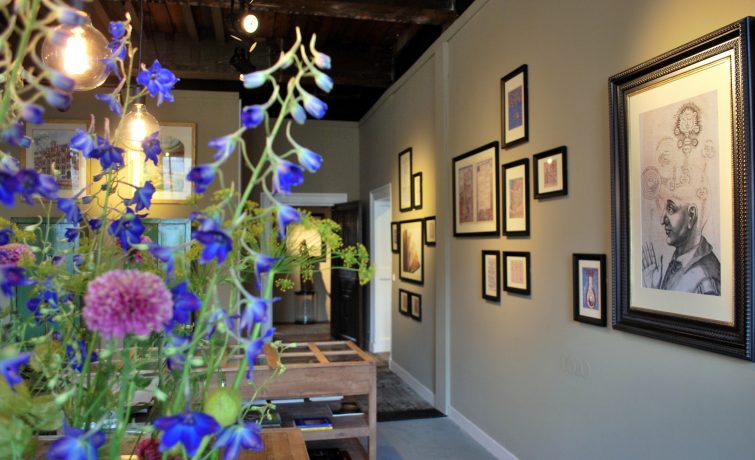 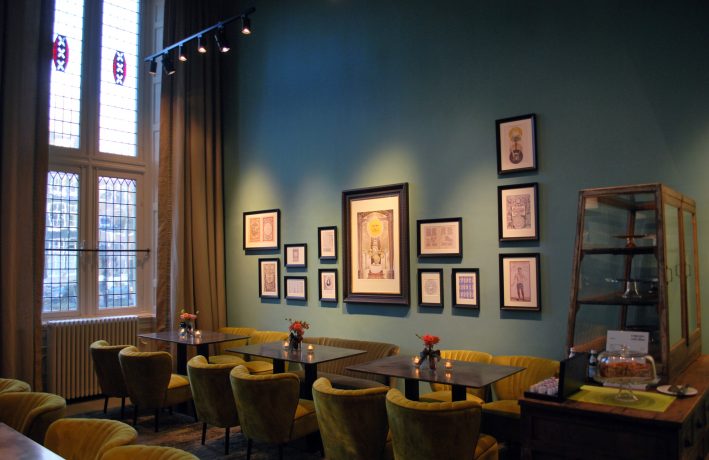 The entrance leads to the Great Hall. The room is a reflection of the 17th-century style and includes original elements, such as a sculpted fireplace and a high wooden-beam ceiling. The atmosphere is comparable to a palace, but at the same time is a very comfortable and inspirational space to work in. It is also a great place for contemplation. The images on the walls, filled with colorful illustrations and mystical quotes, can captivate for hours.

The books in the museum collection mainly examine abstract ideas, but the visualizations make them comprehensible and meaningful. By accentuating these images and representing them in the form of art, the embassy succeeds in discussing ideas as complex as Hermetic history in an entertaining and accessible way. 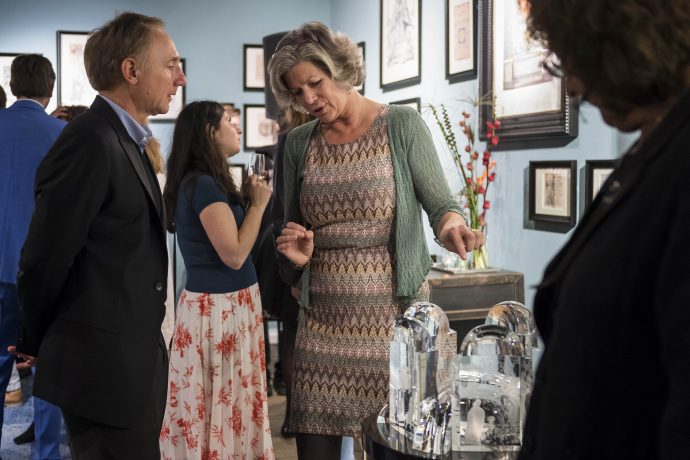 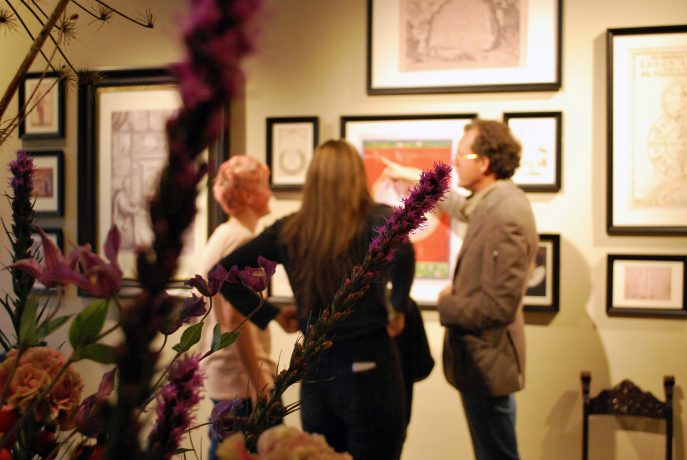 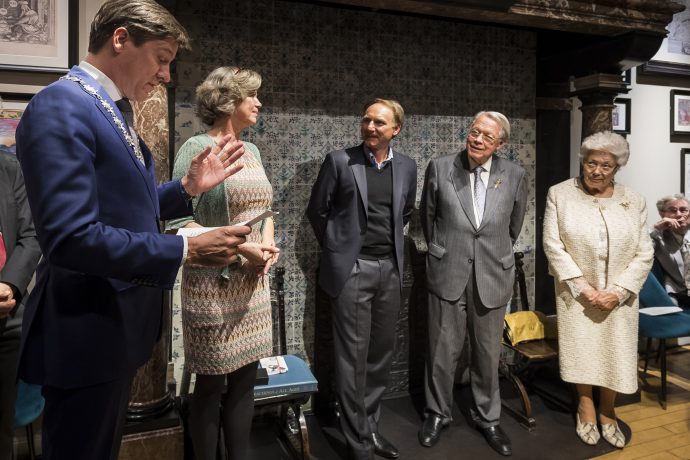 Exploring the collection further, you’ll encounter other unique works, including an edition of Corpus Hermeticum from 1503 (a best seller during the Renaissance), first edition books by Spinoza, Boehme, Jan Amos Cornelius, Robert Fludd and Marsilio Ficino, along with ancient manuscripts and drawings just to name a few. An exceptional piece in the collection is the Grail of Amsterdam by a Russian artist, Oleg An. Its illustrations tell the legend of the Holy Grail. The double vessel was created in the 90s through miniature lacquer painting in the Palekh style. In the Soviet Union, religious painting in Palekh was prohibited and the miniature painting came about as a result of this unfortunate law. The exhibition of The Grail underscores the mission and importance of the Embassy. 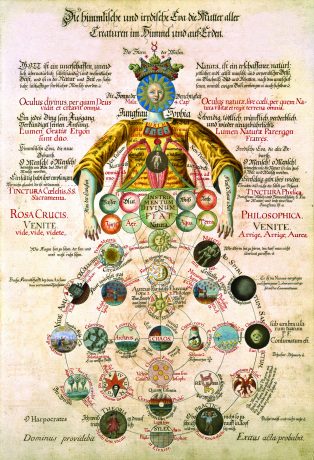 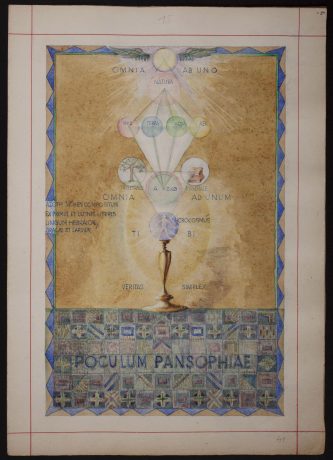 The activities of the Embassy do not end with the collection of books. A program of public debates, lectures, and concerts is currently in development. Among the planned in-house events are a lecture about quantum physics and Hermetic wisdom, a performance inspired by the texts of the museum collection, and presentations by students of the History of Hermetic Philosophy from the University of Amsterdam on weekends. The platform is active online too; part of its collection has been digitized and is now available on their website. It has published a series of webinars on its YouTube channel and makes daily inspiring posts on other social media.

Amsterdam has been a haven for progressive thought since its founding and the Embassy of the Free Mind has opened a new space where anyone can become part of the freethinking tradition. Hermetic philosophy is not a relic of the past – it addresses timeless questions. In this new phase of its existence, the Embassy strives to revive the past glory of Hermetic wisdom by inspiring people to learn about Hermetic philosophy and engage in conversations that may answer the key questions of the modern world.